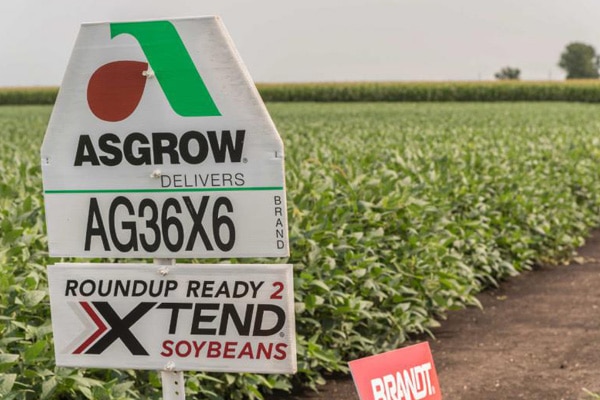 03 Jan Experts: Dicamba Will Come For Trees, Specialty Crops In 2019

Dicamba, the controversial herbicide used on soybeans and cotton, is responsible for thousands of acres of damaged crops in recent years.

Experts say that despite new federal rules that go into effect in 2019, the drift will continue but the victims will be different.

Kevin Bradley, a professor of plant science at the University of Missouri, predicted that there will be fewer problems with dicamba damaging crops due to soybean farmers using more dicamba-resistant seeds.

“But the drift will still happen,” he said, taking aim at specialty crops like fruits, vegetables and nuts, as well as trees and grasses.

“You would think, that drifting on to those much higher-value crops, if that were to occur, that would cause a bigger upheaval,” Bradley said.

Bob Hartzler, Iowa State University professor and weed specialist, pointed out an additional problem: Soybeans are delicate plants and sensitive to misapplication of weed killer, but the damage to more robust plants and trees will be harder to see.

“And if that happens repeatedly, in the long run, whether it’s five or 10 years, that could cause a significant decline in the plant’s health,” Hartzler said.

Hartzler said the two-year Environmental Protection Agency rules, known as the “label” in the agriculture industry, include more clear restrictions on how much and when dicamba can be applied.

“The label is clearer. It took out some of subjectivity. But the drift will still happen. The rules really fail to acknowledge the drift,” Hartzler said.

Both Hartzler and Bradley agreed more farmers will use dicamba in 2019, and its use may start spread to more northern fields, specifically northern Missouri, southern Iowa and central Illinois.

Bradley doesn’t expect those states to do much to implement regulations that are more strict than the federal government’s.

“At any point in time, if things get out of hand, if we are having bad problems with dicamba, the state departments of agriculture can always step in,” Bradley said. “But if you look at the past, the states have not been interested in going above and beyond the federal rules.”

There’s another key issue with dicamba in 2019: lawsuits. One was filed by four farm and environmental groups, alleging the EPA’s rules on the herbicide violated federal laws. Another suit against dicamba maker Bayer alleges the company allowed an “ecological disaster” to occur when it did not prevent the problems of drift.