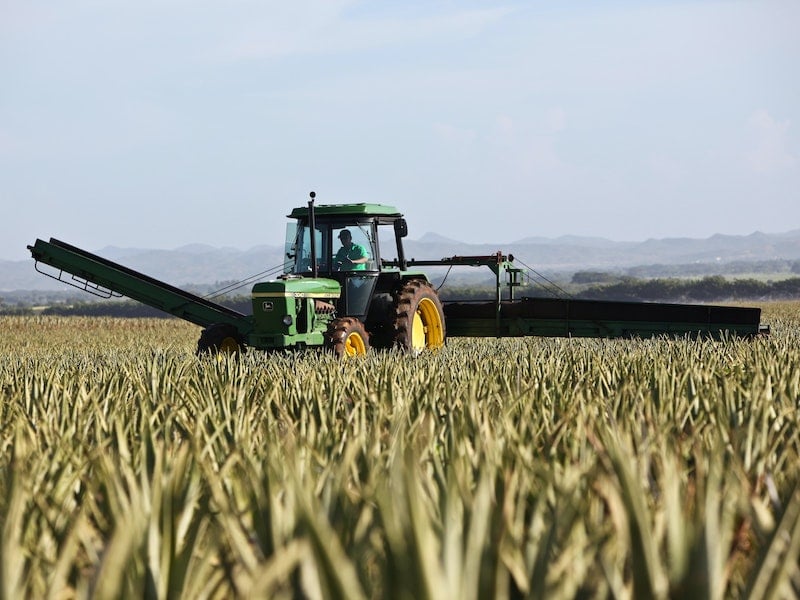 07 Aug Block Dicamba until weedkiller is under control, says report

“The herbicide dicamba is too risky to use on row crops such as soybeans and cotton until independent research shows it won’t evaporate and harm nearby crops and plants, said a report from three conservation and environmental groups on Wednesday. Dicamba is blamed for “off-target” damage on millions of acres of property, and the EPA is considering possible rules for its use on crops in the future.

“This is a crossroads in being able to limit the destructive effects of dicamba. The EPA must deny permission for the continued use of this damaging herbicide across millions of acres,” says Lekha Knuffman of the National Wildlife Federation. The Prairie Rivers Network and the Xerces Society for Invertebrate Conservation joined the NWF in issuing the report.

Complaints about dicamba damage emerged as soon as farmers began planting seeds genetically engineered to tolerate doses of the chemical a few years ago. Dicamba-tolerant cotton and soybean varieties were embraced by growers as a new weed control tool at a time when weeds were beginning to show resistance to widely used glyphosate. After a federal appeals court revoked the EPA registration of dicamba in June, the EPA said it would allow a phase-out of the chemical through this growing season.

The EPA did not immediately respond to a question about when it expected to announce its decision on whether to allow dicamba on 2021 crops. Manufacturers of dicamba, including Bayer, say the herbicide is safe if application rules are followed.

In the short run, “EPA should not renew dicamba product registrations unless and until further independent research shows with certainty that dicamba formulations will not cause off-target injury to crops, wild plants, and biodiversity, including from vapor drift,” says the report. Similarly, the USDA should not approve new dicamba-tolerant crop varieties until there is proof that dicamba will stay put.

“Reliance on herbicide-only weed control is not effective or ecologically sound over the long run,” said the report. Instead it advocated “sustainable, ecologically sound weed management systems that use multiple approaches to manage weed populations in crop fields.” Steps could include adjusting planting dates and seed depths to enable crops to get ahead of weed growth, choosing crop varieties that are better competitors against weeds, and managing nutrients to give an edge to crops.

“We believe there are other alternatives,” says Kim Erndt-Pitcher of the Prairie Rivers Network. Emily May of the Xerces Society says that once dicamba evaporates, it can move long distances to cause distinctive damage to plants.

As part of its deliberations over dicamba registration, the EPA may consider approving the herbicide’s use on GE corn. If it did, dicamba could be applied to tens of millions of acres of additional cropland. It was used on an estimated 60 million acres this year.

The report, “Drifting Toward Disaster,” is available here.”