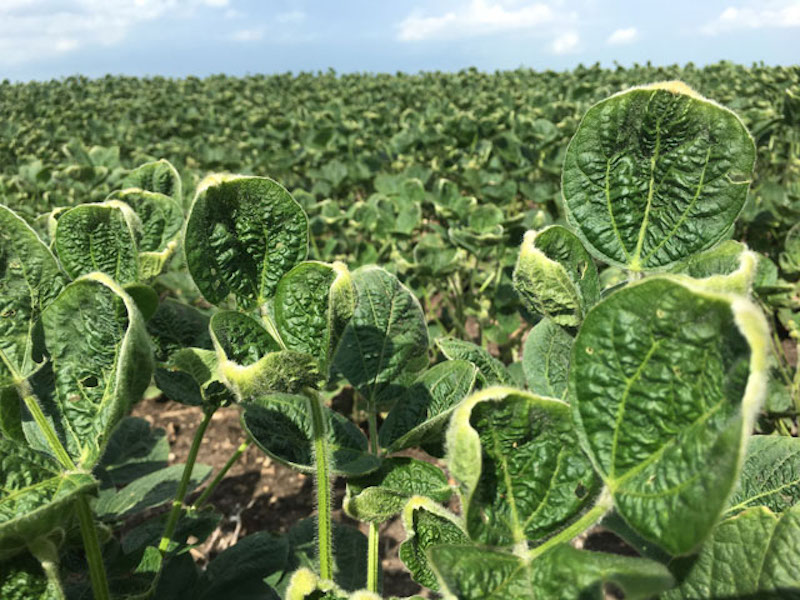 ALEXANDRIA, Va. (DTN) — The inspector general of the EPA is looking into whether EPA acted properly when it registered dicamba in 2016 and 2018, as well as review states’ use of Section 24(c) labels, often used for dicamba in recent years.

The Office of the Inspector General (OIG) functions as an internal government watchdog for all the major federal and state agencies. Each government agency, including EPA, has an OIG division within it that regularly reviews the agency’s actions and programs for fraud, waste, abuse or mismanagement.

Once released, OIG reports are public and often require responses and action plans from the federal agency under review.

On March 16, the OIG notified EPA of its intent to investigate the agency’s oversight of Section 24(c) labels, specifically “whether management controls within the 24(c) registration program effectively promote the EPA’s goals of risk reduction and pollution prevention.”

Two weeks later, on April 3, the OIG notified EPA of its intent to investigate the EPA’s past registrations of dicamba herbicides XtendiMax (Bayer), Engenia (BASF) and FeXapan (Corteva) for use on dicamba-tolerant crops. “The OIG’s objective is to determine whether EPA policies and procedures were effective in addressing stakeholder risks in the EPA’s Dicamba pesticide registration decisions in 2016 and 2018,” wrote Jeffrey Harris, director of Toxics, Chemical Management and Pollution Prevention Directorate in the EPA’s OIG.

The OIG would not comment on why the division is planning to investigate the registrations of dicamba herbicides, only stating that it has the latitude to investigate any “FIFRA [Federal Insecticide Fungicide and Rodenticide Act] issues of concern,” OIG public affairs specialist Kentia Elbaum told DTN in an email.

The investigation would add yet another level of scrutiny to the registrations of dicamba herbicides, which have come under fire since their release in 2017 for widespread claims of off-target injury to sensitive crops from scientists, farmers, environmentalists and rural residents in the Midwest and South. University weed scientists have conducted research showing that the herbicides are capable of volatilizing and moving off-target for hours and even days after application, despite companies marketing the three herbicides as low-volatility formulations.

Bayer and BASF are also facing multiple lawsuits from farmers over crop injury from dicamba, and recently lost one such court case to Bader Farms in southeast Missouri, which both have vowed to appeal. Bayer and EPA are also facing a lawsuit pending in the Ninth Circuit Court of Appeals, wherein farmer and environmental groups argue EPA violated federal laws when registering XtendiMax in 2016 and 2018.

The OIG’s investigation into Section 24(c) labels also touches on controversy surrounding dicamba use. States’ use of these labels came under scrutiny by EPA in the past two years, after many states have turned to them to restrict dicamba herbicides beyond the federal labels.

In March 2019, EPA announced that it was re-evaluating whether or not states would be permitted to use 24(c) in this manner. At issue is the actual language of Section 24(c), which technically only mentions allowing states to grant additional uses of a federal pesticide. But EPA has long permitted states to add restrictions to address local needs, such as environmental, crop and worker safety, which it acknowledges in its official guidance on 24(c) labels: https://www.epa.gov/pesticide-registration/guidance-fifra-24c-registrations.

In its March 2019 announcement, EPA said that it would make any decisions on 24(c) changes public and available for comment, but so far, the agency has not done so.

Rose Kachadoorian, who serves as program manager for the Oregon Department of Agriculture’s Pesticide Program, was recently interviewed by OIG inspectors. Oregon is one of the states with the highest number of Section 24(c) labels in the country — about 240 — largely because the state produces so many minor crops, such as micro-seed crops, which often aren’t represented on federal pesticide labels, explained Kachadoorian.

This expertise earned her a call from OIG inspectors in late February, and they inquired about how Section 24(c) labels work and how her state has used them in the past.

Kachadoorian said she gave the inspectors background on 24(c), but also stressed her state’s need for the longstanding practice of issuing 24(c) labels that add restrictions, as well as uses, to federal labels.

“This was something that has happened for decades,” she told DTN. “The first time we heard there were any problems associated with it was when states started trying to protect non-target crops, endangered plants species and riparian areas from dicamba volatilization and drift with 24(c) labels. Then, suddenly, it becomes problematic for EPA, which was really puzzling to the states because it had been such a long-term practice.”